You know man sometimes you’re just going to have one of those days, where our nurse and a physician or one of our caregivers and one of our referral sources

They have a disagreement or an argument.

An example I had one where a podiatrist called and said that the nurse called his office and told him he ordered the wrong wound care.

It was that she just left that as the message: “you ordered the wrong wound care and we need to change the orders call me back.”

He was so mad that she did that!

I will also tell you that this nurse has a remarkable reputation for healing wounds, so she truly does know wound care.

She does have, above and beyond, several different certifications that she received for wound care treatments.

and she really does know what she’s doing, but she doesn’t know how to approach somebody

when she’s talking to them about them maybe ordering a wound care in an improper order or an improper way.

So when this happens, it’s really important that you step in and you offer, first of all an apology.

Explain why the situation happened.

And then you need to share with them, what are you going to do next, to make sure it doesn’t happen again.

Even if you do that, and you apologize at the end and you say you know “what can I do?

Can I make sure that…

How can I meet any expectations, so that you will continue to refer to me?

The Doc may turn around say I’m never going to refer to you again, as long as you have Marina the nurse taking care of my patient.

If that happens, you have to then figure out, am I willing to say that I’ll have somebody else be the provider when he makes a referral.

If you’re not willing to do that, then you may need to say well I’m really sorry to hear that and move on to another physician.

And then you need to counsel your nurse and explain to her how you could have lost a potentially great referral source.

My intake department told the doctor that we needed the doctor to document homebound status on the referral form.

And the physician came back and he said I’m not doing that this patient side homebound.

And then I looked at the referral and in a heartbeat I could see that the patient was hometown.

So I picked up the phone I called the Dock, and I said hey i’d love to pick your brain about a couple things with home health and I wonder if you would do dinner with me.

You know I understand you had a little bit of an altercation with intake about Mr. Jones and he didn’t want to document why he was homebound.

And he said to me, yeah, she was asking me to – you know – commit fraud and write that he was homebound and he is not.

And I said – you know – tell me Dr S, what does homebound mean?

So right away, we were able to go back to intake and say hey whenever you need somebody to do something for homebound instead we’re going to email them, this is a little paper that describes what the regulation says.

This is the evidence that they should be given so that they can understand how to document homebound and what homebound is because a lot of docs, they hear the word homebound and they perceive it as something else.

So every single time that you’ve got a problem with an account you’ve got to do an investigation.

You got to find out what was the problem and see if there’s anything that you can fix.

And know when you’ve got to walk away.

know when you’ve got to cut your losses so that you don’t waste time and money and effort and get everybody upset every single time that you’re saying I wish I would have bought another referral from that person.

because sometimes you can’t win them all.

There is nothing worse than a bad interaction with your referral source and your staff. However, it doesn’t have to be the end. Managing those relationships takes work. If you are looking for a way to build stronger relationships that can endure a few bad interactions, check out the High Performance Sales Academy! You can learn how to perfect the art of building bulletproof referral-producing relationships.

Thank you for all that you do to serve seniors! 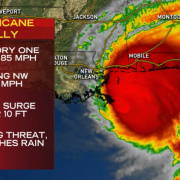 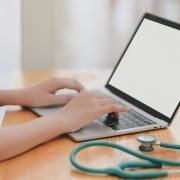 COVID-19 is changing the landscape for health care delivery

Insights: When we have to turn away a referral because of staffing, how do we maintain credibility? 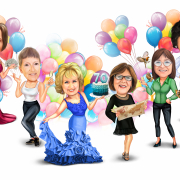 OMG FINALLY – Mom is home AND has Home Health

Insights: My rep hasn’t brought in any referrals for two months. What should I do? 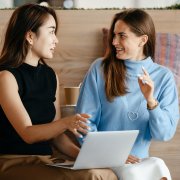 Sales Managers have the hardest job in sales

Home Health and Hospice Intake: What You Need to Know
Scroll to top