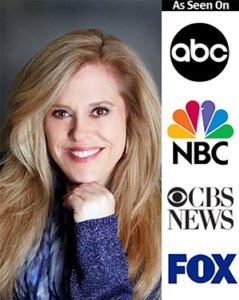 Some of us have employees who go around complaining about someone else. Some of them tell us they are just venting and blowing off some stream. But I want to share some information with you on what they are really doing.

One of my mentors, is  the legendary executive coach Marshall Goldsmith, who interviewed more than 200 of his clients and what he discovered matched previous research he read, but found hard to believe: “A majority of employees spend 10 or more hours per month complaining — or listening to others complain about their boss or upper management. Even more amazing, almost a third spend 20 hours or more per month doing so.”

And that doesn’t even include the complaining they do about their peers and employees! Which would be hard to believe if not for the fact that, if you pay attention to what you experience during your day, you’d find it’s pretty accurate.

Imagine the productivity gain of reducing all those complaining hours.

Why do we complain about other people?

Here’s what happens: Someone annoys us. We’re dissatisfied with how they’re behaving. Maybe we’re angry, frustrated, or threatened. Those feelings build up as energy in our bodies, literally creating physical discomfort (that’s why we call them feelings — because we actually, physically, feel them).

When we complain about someone else, the uncomfortable feelings begin to dissipate because complaining releases the pent up energy. That’s why we say things like “I’m venting” or “I’m blowing off steam” (But, as we’ll see in a moment, that dissipation doesn’t just release the energy, it spreads it, which actually makes it grow).

Complaining changes the balance of negative/positive energy and, for a brief moment at least, we feel better. It’s actually a pretty reliable process. Addictive even.

Which is the problem (beyond even the wasted time): Like just about all addictions, we’re feeding the spin of a destructive, never-ending cycle. The release of pressure — the good feeling — is temporary. In fact, the more we complain, the more likely the frustration, over time, will increase.

Here’s why: when we release the pent up energy by complaining, we’re releasing it sideways. We almost never complain directly to the person who is catalyzing our complaints. We generally complain to our friends and family. We’re not having direct conversations to solve a problem. We’re seeking allies. We’re not identifying actions that could help. We’re, almost literally, blowing off steam.

Why is complaining such a bad move?

Complaining creates a number of dysfunctional side effects (again, beyond the time wasted): It creates factions, prevents or delays — because it replaces — productive engagement, reinforces and strengthens dissatisfaction, riles up others, breaks trust, and, potentially, makes the complainer appear negative. We become the cancer we’re complaining about; the negative influence that seeps into the culture.

Worse, our complaining amplifies the destructiveness and annoyance of the initial frustration about which we’re complaining.

Think about it: someone yells in a meeting. Then you go to the next meeting (where no one is yelling) and you complain about the person who just yelled. Now other people, who weren’t at the initial meeting, feel the impact of the yelling and get upset about it too. Encouraged by their support, your brief, momentary release transforms into righteous indignation and, becoming even more incensed, you experience the initial uncomfortable feelings all over again.

In other words, while the energy dissipates, it expands. The amount of time you spend thinking about it extends for hours, sometimes days and weeks. And you’ve multiplied the people who are also thinking and talking about it. Meanwhile, our complaining improves, precisely, nothing.

In fact, that might be the biggest problem: Complaining is a violent move to inaction. It replaces the need to act. If instead of complaining, we allowed ourselves to feel the energy without needing to dissipate it immediately — which requires what I call emotional courage — then we could put that energy to good use. We could channel it so it doesn’t leak out sideways.

In other words, let the uncomfortable feeling you have — the one that would otherwise lead you to complain — lead you to take a productive action.

What’s a better move when we feel like complaining?

Go ahead and complain. Just do it directly — and thoughtfully — to the person who is the cause of your complaints.

That, of course, also takes emotional courage. It’s a scary, more risky thing to do, but it’s why it’s worth developing your emotional courage. While scary, it’s far more likely to be highly productive. It holds the potential for changing the thing that is the problem in the first place. Rather than become the negative influence, you become the leader.

If you want to brave this route, let your urge to complain be the trigger that drives you to take action in the moment (or, if you missed the moment, then shortly after).

The following advice can help:

It’s not nearly as easy as complaining. But it will be far more productive and valuable.

“But wait,” you might protest, “the whole reason I’m complaining is that I’m powerless in this situation. I can’t tell the person to be respectful because they’re my boss.”

You may be right. It’s true that most people complain because they feel powerless.

It’s also true that most people have more power in a situation than they believe they have, even with their boss. And, just maybe, it could be worth the risk to say something. You could say “I see that you’re very angry and I can feel how it’s shutting me down. Can we go a little more gently here?”

…Or it may gain you their respect and, in one sentence, change the direction of the leader and the organization. That one moment could transform what could have become weeks of complaining into a moment of productive engagement.

More than once I have seen someone gain the respect of everyone in the room because they were courageous enough to be direct — caringly, compassionately, and truthfully. Almost always, everyone is surprised by the offending person’s response. Most times, the offender was more open to the feedback then they thought. Not always. But almost always.

Let complaining — and the feeling that leads to complaining — be the red flag that it should be: something wrong is happening and you are probably not powerless to do something about it.

I know we usually always blog about sales and business development, but I wanted to share this, because I know someone reading this, right now, needed this!  Now go have a great day. 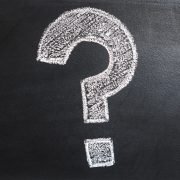 PDGM IS HERE, NOW WHAT?

What is your most persistent problem over the past year? 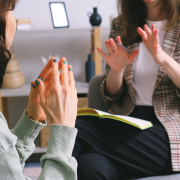 Continuing Adaptation – How OT helped my Mom be safe and how it plays into Marketing for Home Care, Hospice, and Home Health 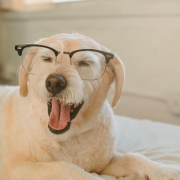 What does a 13 yr old dog walker know about getting new clients that you don’t? 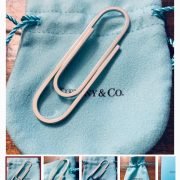 My Home Care Rates are some of the highest in my territory – How do I sell against lower-cost competitors? 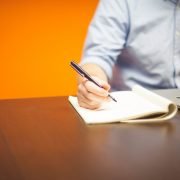 Does remote marketing work for a “new rep” or a “new territory”?

Truth Bomb – Success is not Defined by Effort
Scroll to top 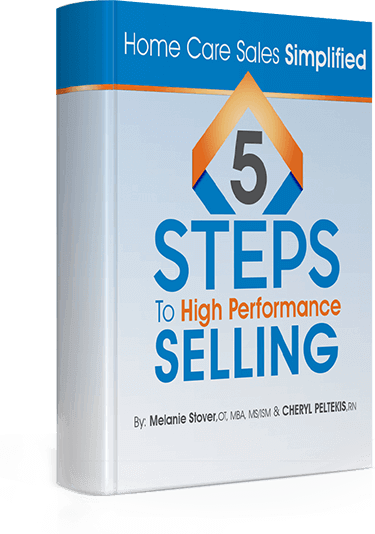 Get your free copy of The 5 Steps to High Performance Sales & find out how you can impact your referrals and get more sales!